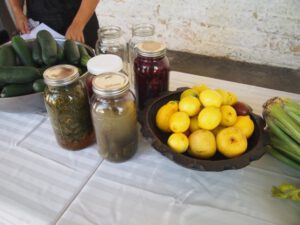 As grandparents and great-grandparents many Friend’s members are repositories of knowledge from earlier times. Do you remember playing knucklebones? Some were real bone, some were aluminum, others were plastic: onesies, twosies, thread the needle. Bet you could still do it, like riding a bicycle. It might take a bit of practice. (Now you can buy a packet with instructions and watch a video to tell you how to play knucklebones.)

What about marbles? The circle with the marbles inside it, shooting at the gathered marbles and trying to get them out of the circle. The glass ones with the colours inside. Everyone sitting in a circle around the circle at lunchtime and playtime.

The yoyo makes a comeback every so often. Making the cat’s cradle. Skipping with one rope, skipping with two ropes. How many skipping rhymes do you remember? Cotton reel knitting? Hopscotch? 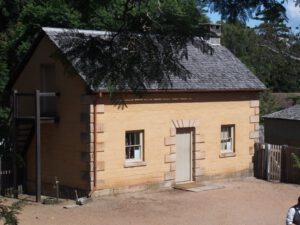 Maybe you are young enough to have played Pacman on an early computer or played with the traditional Lego blocks with which you could build houses rather than the Millennium Falcon. And those are just some of the games that children have played, a few of which go back centuries and millenia. The ancient Greeks did not play Pacman but they did have yoyos and knucklebones.

Are those games and the skills they require potential museum items or just the artifacts themselves: the knucklebones, the marbles and the skipping ropes? Looking at museums like MOTAT in Auckland and Ferrymead in Christchurch it is clear that such museums are not just there to preserve the artifacts of yesterday. They also preserve the crafts connected with those artifacts. At various old homes, such as Wentworth in Sydney, you can learn to pickle vegetables.

Does Te Papa have a place in preserving the ‘how to’s’ such as waka building, traditional Maori carving, and how to play knucklebones? Should Te Papa keep such ‘how to’ knowledge alive? They are taonga too.