This wonderful exhibition, Arpilleras in Contested Spaces, has been brought to Wellington by Roberta Bacic, who is a keynote speaker at the Third International Visual Methods conference in Wellington, hosted by Victoria University and Te Papa.

Arpilleras – tapestries or quilts sewn by women that ‘speak out’ visually about political repression and human rights abuses through their stitches – convey processes of resistance, memory and the search for truth and justice in a context of repression.

And before the exhibition opens,  Roberta Bacic will present an illustrated lecture at Te Papa on Monday 2 September entitled Arpilleras: Evolution and Revolution. See here for details and to book

Since 2008, Roberta has curated more than 30 international exhibitions of arpilleras. Over time, these exhibitions have expanded from arpilleras from Pinochet’s Chile, to include expressions of loss, protest and healing from around the world. 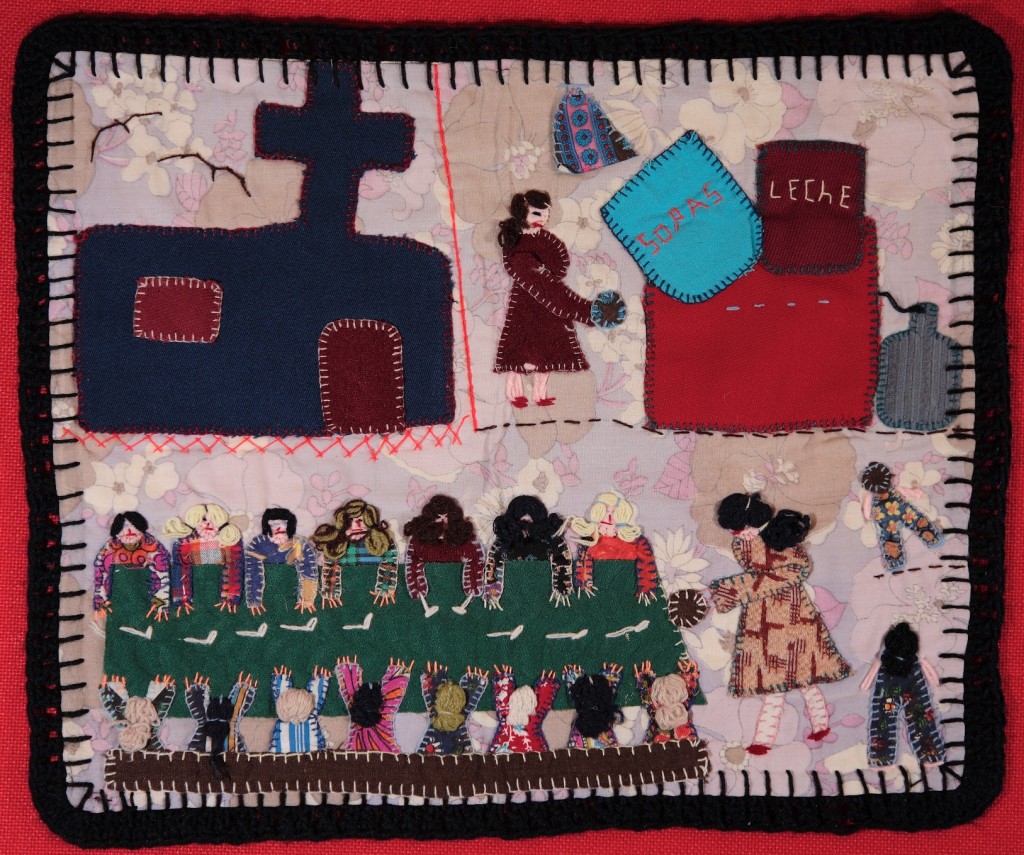 This arpillera depicts the hunger and poverty that is wrought by conflict and social injustice.

Created during the Pinochet dictatorship, it depicts both the desperation of hunger among the poor, forced to seek food from church charities, and also the resilience of those who create routes to ensure that the worst affected are not left hungry.

The soup kitchens portrayed in this arpillera were a life line for the impoverished during the Pinochet regime. Church charities such as the Vicaría de la Solidaridad and later, the Fundacion Solidaridad, were in the forefront in setting them up. Maria Madariaga recalls what the soup kitchen meant for her family, even though not all of them could avail of it; the need was so great that there was an age limit to abide by so of my three children at the time, only one was able to eat. We thought it was better that one eats than none. The days were especially long for myself and my husband because there was nothing to eat. 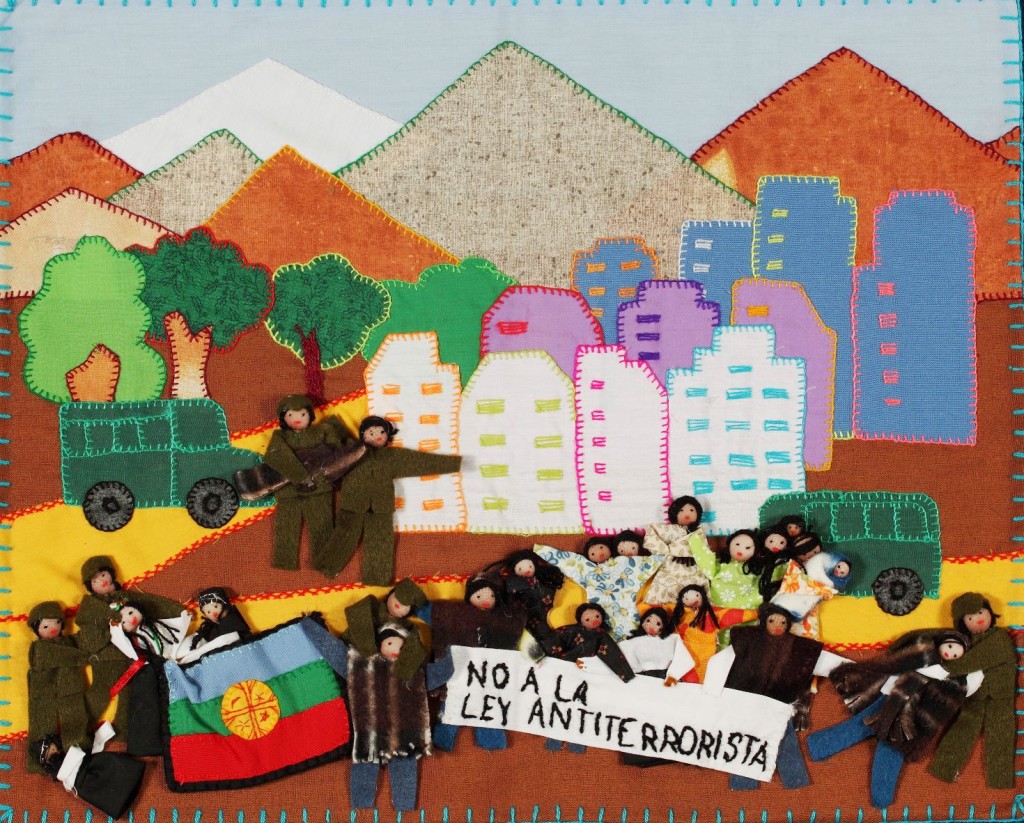 In this arpillera, the artist depicts one of the many actions that took place in Santiago, the Chilean capital, during the time of the hunger strike. A large number of Mapuche have been forced to leave their land and live in the capital, generally doing menial jobs. Living without land is in itself a denial of their identity, as Mapuche means People of the Land.

The Mapuche who live in Santiago publicly demand that the rights of their people imprisoned and on hunger strike are respected and upheld. They demand that the antiterrorist law should not be applied.

We can see that everyday people have joined the nonviolent action taking place in the centre of the capital. Leading the march are Mapuche women, dressed in their indigenous clothes, and men wearing ponchos, carrying their flag. The police have violently disrupted the march. They are dragging one of the Mapuche women by her hair and are also taking away their flag. Some men are also being dragged away and two police cars, guarded by armed police, are ominously visible in the background.

There is no sun is in the sky but it is in the flag itself. Aurora, the artist, is one of the participants in this action.