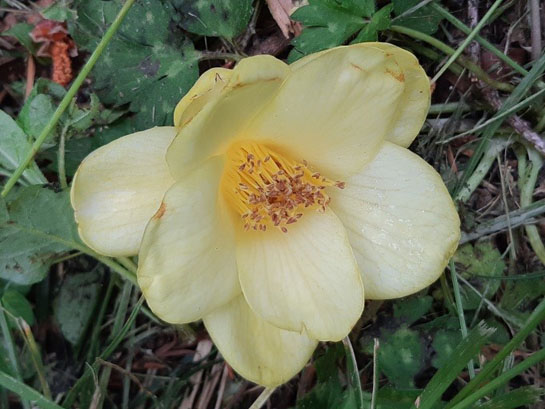 Can’t see the wood for the trees? Go to Eastwoodhill Arboretum, 35kms north of Gisborne, it’s all there. Over 135 hectares of trees and shrubs, native and exotic, Northern and Southern Hemisphere species. The Arboretum is a ‘cradle’ for encouraging the growth of many critically endangered trees and plants, including this yellow Camelia.

The Eastwoodhill Arboretum was begun in 1918 and from 1927 William Cook began the serious planting. He modelled the park on the great parks and gardens he saw in England when recuperating there during the 1914 War.

Today this great “Estate”, home to over 25,000 species, is managed with four staff, a mammoth task!! The Californian Redwood is a notable tree here with the largest of this species in the Arboretum measuring 39m tall. Down in the “Cathedral” grove the Mountain Ash dominates the “walls of the Nave”. The tallest specimen currently stands at 57m. 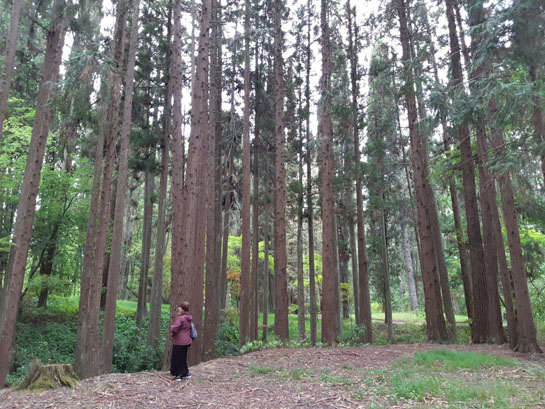 It quite dwarfs everything.

People are dwarfed too, standing within the ‘Cathedral’ the dimensions of which are the same as those of Westminster Abbey (170m long by 70m wide).

A new Cathedral has just been laid out in one of the fields a little further down the road. In 50 years it will have taken shape.

We are told that Autumn at the Arboretum is an amazing sight, with the red Japanese Maples. But the green of the oaks and other trees is not to be overlooked.

Keep an eye out for the birds, especially the Kereru, although they don’t nest in these boxes!

A map is available from the Visitor’s Centre to help guide walks through the quiet paths.

And when you’ve done walking, try the shop with its nice selection of gifts.

Eastwoodhill Arboretum is not to be missed. There you can see both the woods and the trees!

All images provided by B.Cribb