Born in Rotterdam in 1837, Van der Velden arrived in New Zealand in 1890, as a mature artist with an established reputation in Dutch art circles. Vincent van Gogh described him as a ‘solid, serious painter’.

In the Netherlands, Van der Velden had focused on studies of everyday people, establishing his reputation painting village life in the island of Marken, near Amsterdam. But in New Zealand, he quickly found his muse in the dramatic landscape he found here.  It was during the 1890’s that Van der Velden discovered Otira Gorge on the West Coast, which provided him with his most successful and enduring subject, one that contributed to the revolution of New Zealand painting. He had turned his attention to capturing the rugged landscape in raw, expressive paintings.  Here’s a short video from Art Curator Rebecca Rice on Storm at Wellington Heads. 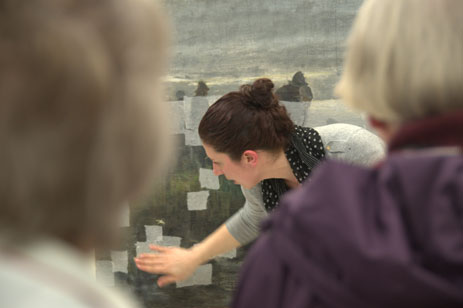 As the exhibition was being developed, and prior to the artwork being on display, Friends were offered the opportunity for a ‘back of house’ tour to the Conservation Laboratory at Tory Street to see what is undertaken to prepare art for public display.

At the time Marken funeral barge, about 1873-74,  was undergoing extensive and meticulous restoration, repairing earlier damage.  It is hard to believe the intact and glowing painting currently on display is the same painting we saw in the Laboratory.

Te Papa event in association with the exhibition

Remembering Van der Velden is a symposium comprising three separate events that you are welcome to attend. The Symposium is free and you can come to all or part of the programme.

See here for more detail on the programme and the speakers. 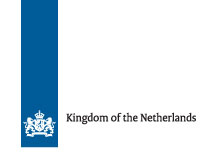