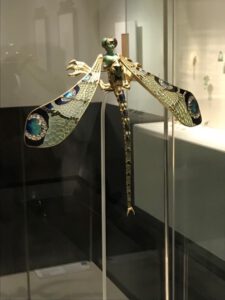 Many Friends’ members will now have had the opportunity to visit the Surrealist exhibition at Te Papa. If you haven’t, then let me encourage you to see these works. They are well worth seeing. The works on show are on loan from Museum Boijmans Van Beuningen in Rotterdam. This is an unusual museum because its collection is almost entirely a result of works being gifted by private collectors, more than 50,000 works gifted by 1700 collectors two of the main collectors being Frans Boijmans in the 19th Century and Daniël George van Beuningen in the 20th. These two men were wealthy. You need to be to have Breugel’s Tower of Babel hanging above your stove, as Mr Van Beuningen purportedly did. So how did they get rich? Rotterdam is one of the largest ports in the world and the port has been run by rich people from Rotterdam. It still is. Many of the donors to the museum became rich through their companies’ association with the port.

When you watch the BBC’s Antiques Road Show, there are often collectors present. They might have a collection of top hats or dinky toys. They might have found some of them in skips. That is not the case with people like Mr Boijmans or Mr Van Beuningen. They collect because they love art but their collections are only possible because they have the means to make such collections. And then some of them give their collections away to a museum and occasionally the museums are named after them. The Getty Museum in Los Angeles. The Solomon R. Guggenheim Museum in New York. The Calouste Gulbenkian Museum in Lisbon. Mr Gulbenkian made money from oil like Mr Getty. He collected Lalique glass (amongst other things, like the odd Rembrand). 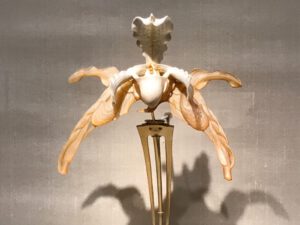 Are the great museums of the world possible without rich people? The Uffizi gallery in Florence was once the offices of the banking Medici family. They provided the paintings for their office workers to admire. But you don’t have to be rich. When Napoleon conquered, and he conquered a lot, he made deals with those he conquered. Part of the deal was his taking other people’s pictures back to Paris. There is a fine art museum in St Louis, Missouri. McDonell Douglas has donated to that museum. McDonell Douglas, as well as passenger aircraft also made military aircraft.

These considerations tell us nothing about the quality of the art as such, but they can make you think about what is in the world’s major galleries and how the works got there. From Mr van Beuningen’s home to a major art museum. Behind every art work hanging in a gallery or museum is a story, not just of the work’s provenance as such, but of exactly who it was that owned it and how they acquired it.