Paul Brewer regularly shared stories, images and snippets of Russian history with his colleagues, so in 2008 it was not difficult  to persuade Paul, then Director Marketing and Communications at Te Papa, to channel his enthusiasm and support for the restoration of the Alexander Palace, into a lecture to Friends of Te Papa – Tragedy and Triumph: the Fall and Rise of the Alexander Palace at Tsarskoye Selo. 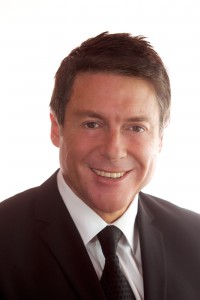 “The Alexander Palace at Tsarskoye Selo was a favourite summer home of tsars and was the principal residence of the last imperial family until 1917. Built by Catherine the Great at the end of the 18th century, it was considered one of Russia’s most beautiful and important buildings.  During the 20th century the Palace suffered greatly through revolution, world wars, Soviet brutality and casual neglect. It was eventually written out of history and simply disappeared from view. The Alexander Palace is now slowly emerging from its tumultuous past and faces a more positive future. The story of this remarkable building reflects many aspects of Russia’s cultural, social and political history.”

Given the first lecture was a sell out and a second was scheduled, many of you will have had the opportunity to hear the story of the Palace and the great lengths the committed curator and staff took to save treasures from the German army. Since then Paul has further developed and expanded this lecture and presented it several times in Auckland, the Dunedin Art Gallery and Rotorua Museum, and to groups in Sydney, New York and Huston. Kim Hill’s interest continues as well and she recently interviewed Paul for the third time.

Much has happened at Tsarskoye Selo since 2008. To view the stunning progress and keep in touch, visit their new website http://friends-alexander-palace.com/