Cook Strait earthquakes: how likely is a big one? 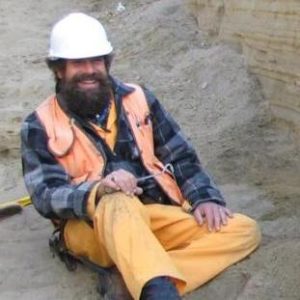 In the next Science Express session, Earthquake expert Russ Van Dissen discusses the effect the Cook Strait quakes are having on the chances of a big one rocking Wellington. He also talks about the behind-the-scenes work being done to minimise a potential quake’s impact.

Russ also assesses the earthquake risk of major infrastructure facilities and man-made structures throughout New Zealand. He is a Fellow of the New Zealand Society for Earthquake Engineering, and has won several excellence awards from that society, and from the Geoscience Society of New Zealand.

Four years ago, as project leader of the ‘It’s Our Fault’ project, he published findings showing that  the major fault running through Wellington City is about 50 per cent less likely to rupture in the next 100 years than previously thought.

He pointed out at the time that out that earthquakes will still occur in the Wellington region and the need to be prepared remains the same.

“There are about 50 active faults in the Wellington region and many of them are capable of producing a damaging earthquake,” he said.

Find out what’s been happening since, and what the impact of the latest shakes has been.