Te Papa staff are busy working on a major exhibition about New Zealand’s role in the First World War to mark the centenaries of the outbreak of the War next year and of the Gallipoli campaign in 2015. It will feature a recreation by Weta Workshop of living conditions in the ANZAC trenches at Gallipoli but will also focus on the wider impact of war on the home front and its legacy for our society.

Some Friends may have family memorabilia which tell interesting stories about New Zealanders and their experiences during the war either at the various battle fronts or at home in Aotearoa. 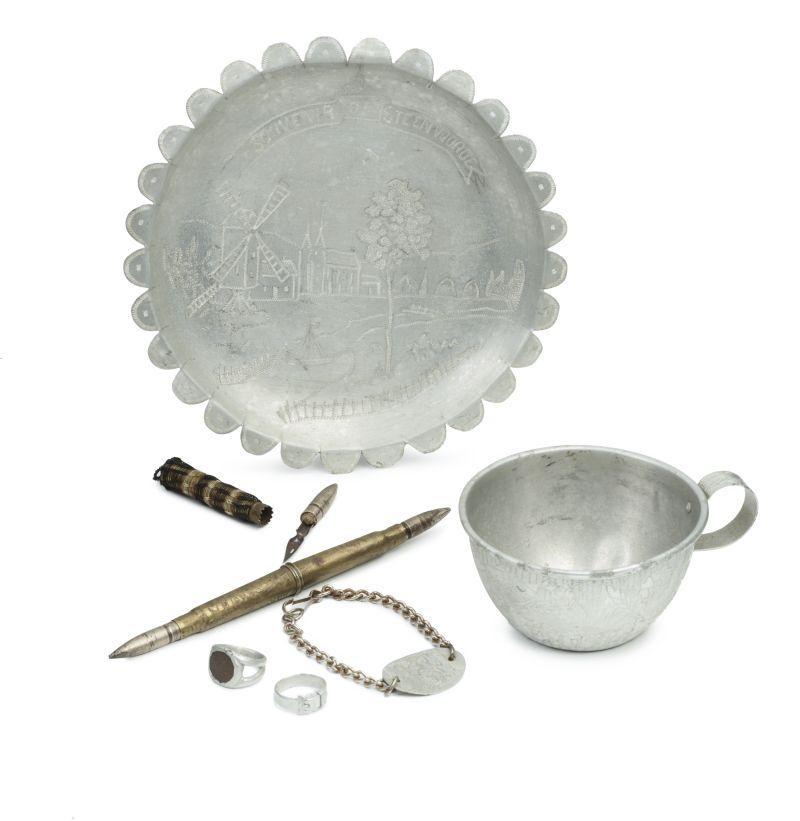 Contact Elizabeth Ridder by email at [email protected] with brief details and if possible a low-resolution image of your memorabilia and she will follow up for you.

‘Trench Art’ is a term used to describe useful and ornamental items made by soldiers from scrap materials in war zones. These examples were collected by a New Zealand nurse, Margaret Hitchcock (1883-1967) while she was working in military hospitals in France and Belgium during the First World War.  The items above are in Te Papa’s collections. They were donated to Te Papa in 2011 by her great nephew, Barry Hitchcock.