Review: Romans and Romantics- The Guildhall and Art Gallery

Delightful Londoner and Guide, Ian Swankie, gave the Friends an insight into the history of these two grand old buildings. The magnificent Guildhall with its fascinating history included many famous trials. Still today the Lord Mayors remain separate from Sovereignty, with their decision making.

Our eyes were drawn to the gracious Gothic stained glass windows of the Great Hall, the famous pipe organ, and portraits of its Lord Mayors. Statues of the famous include the imposing bronze statue of Churchill, by sculptor Oscar Newman, cleverly capturing the rare smile of Churchill from one angle, and characteristic frown, from another. First time councillors ceremoniously rub his feet on entering the hall – hence the shiny feet! 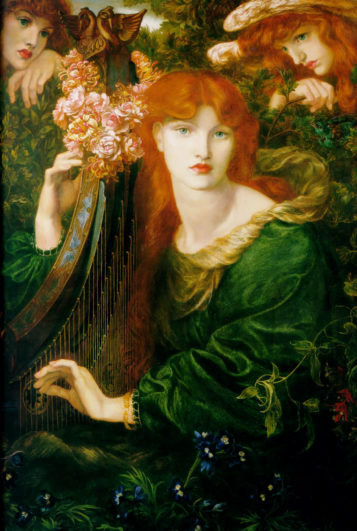 The stunning Modern Gothic Art Gallery redesigned following the 1941 blitz, by architect Richard Gilbert Scott, stands elegantly alongside the Guildhall, housing the growing collection of Pre Raphaelite and Victorian art. The building was halted in 1988, following the exciting discovery of a Roman Amphitheatre beneath, with excavation preserving its remains. Arrival of the Romans in AD 43 had expanded into a settlement within two centuries of over 20,000 people along the northern side of the River Thames. The original wooden AD 70 amphitheatre was later built of stone, seating at least ten thousand people, twice the size of the Albert hall today!

The Art Gallery is still used for many ceremonies, and Ian mused “of the existence of a secret loo” used only by the Queen. The bathroom houses a bath, not shower, “for an elderly 90 year old gentleman attached to the Royal Household”!

Paintings shown depicted social history through the ages, and Ian focussed on the Pre Raphaelite painters who had emerged as a reaction to the more formal paintings of the past. The romantic painting La Ghirlandata (1874) by Dante Gabriel Rossetti, portrays the passionate red haired Jane, wife of William Morris, dressed in a vivid green dress, honeysuckle and roses twined around a harp. Rossetti was madly in love with her.

My First Sermon – by John Everett Millais of his five year old daughter Effie, was hugely popular when exhibited in the Royal Academy. The Archbishop of Canterbury was inspired by her sweet innocence of Effie sitting casually with her vivid red cloak, hands tucked in her fluffy fur muff concentrating on her “new experience”. My Second Sermon, of “sleeping” Effie, painted a year later, the Archbishop mused “not to be boring with one’s sermon”!

Clytemnestra 1882 – John Collier depicts her with fierce eyes of the murderous and male like arms – she was in fact painted from a male model!

Colourful modernist paintings shown by Ian includedChaos on London Bridge 1930 – Harold Workman, and lastly, Forever Imagical Tower Bridge – by Mentor Chico 2014. This wonderfully vibrant modern painting of the Tower Bridge has been selected for the 120th birthday commemoration of the Tower Bridge exhibition in the Art Gallery exhibition.