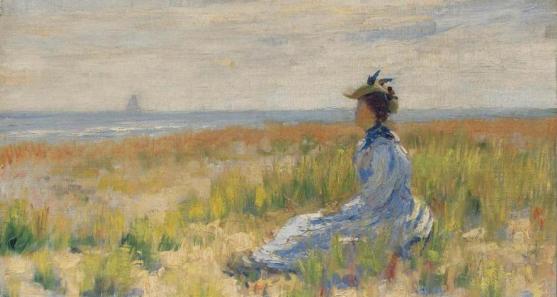 Lecturer Lesleigh Salinger considers the role of female impressionists such as Mary Cassatt and Berthe Morisot in developing a new way of seeing women in art.

Into the Light: Impressionism & Women

Women artists such as the Parisian Berthe Morisot and the American Mary Cassatt were key figures in the Impressionist movement. Working alongside their male colleagues, both found a new way of seeing and representing women as a subject in contemporary art.

Cassatt influenced many American friends, such as the Havermeyers, to buy the impressionists’ work. Her influence is the reason why United States institutions hold major collections of impressionist works today.

This lecture covers the period from 1863 to 1883, ending with the death of Manet. It also considers lesser-known women painters such as Eva Gonzalès and Marie Bracquemond, and explores their role in the movement.

Lesleigh Salinger is an art historian and consultant. She has been Director of the Academy of Fine Arts, Chief Executive of the Institute of Architects, and has lectured and taught at tertiary institutions including Victoria University of Wellington and Whitireia Community Polytechnic.

Colour & Light – about the exhibition

To book your place, send us an email using the ‘Book now’ button, or phone the office on