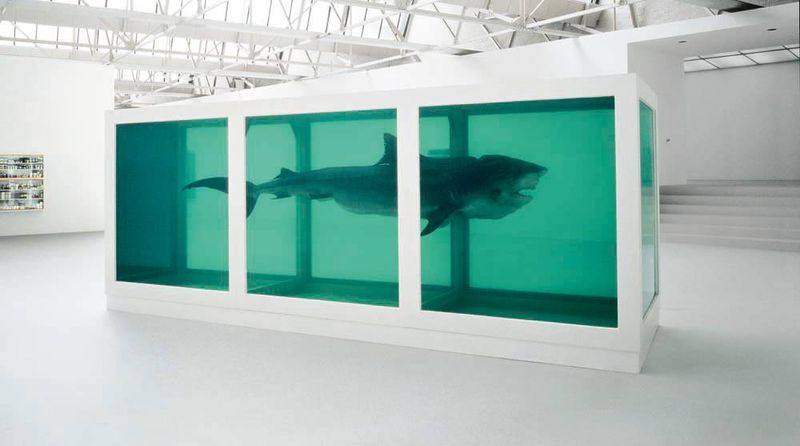 Image : Damien Hirst: The Physical Impossibility of Death in the Mind of Someone Living, 1991. Photograph by and courtesy of Barry Venning.

The Turner Prize has raised the profile of contemporary British art and made household names of artists like Damien Hirst and Tracey Emin. Discover its surprising and sometimes controversial story with visiting lecturer Barry Venning.

Over the last 29 years, the Turner Prize for contemporary British art has gone from a shaky start to become a widely publicised media event that pulls tens of thousands of people to London’s Tate Britain every year. It has been awarded to many of the most significant British artists of the modern era.

From the outset, the prize has been mired in regular controversy – but the controversies have helped, rather than hindered, its popularity.

In this lecture, Barry Venning attempts to look behind the hype to examine the art of significant winners and losers. He also assesses the effect of the prize in raising the international profile of contemporary British art from early 80s neglect to early 21st-century prominence.

Barry Venning is an Associate Lecturer with the Open University. His chief research interest is British landscape painting, especially the work of JMW Turner – the subject of his 2004 book for Phaidon’s ‘Art and Ideas’ series. Venning has appeared on the BBC TV programme Rolf on Art and lectured at venues ranging from Cambridge University and Christie’s Education to her majesty’s prisons.

This is a Friends of Te Papa event. Members of the public are also welcome to attend. Registration is essential.

Friends of Te Papa & members of the Decorative and Fine Arts Society of Wellington $10, guests $20