History does not stay still – even if we think it is only about the past. After 40 years of research and writing, this presentation gives Dame Claudia Orange a chance to reflect and comment. Big questions have dogged her research and life over the past decades and are likely to continue to do so. Join us when she shares these reflections with the Friends of Te Papa. 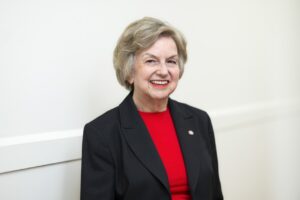 Claudia Orange is an Honorary Research Fellow at the Museum of New Zealand Te Papa Tongarewa in Wellington. Prior to this she was responsible for the museum’s collections, and then its research across its five major collections areas. As General Editor of the multi-volume Dictionary of New Zealand Biography (1990 – 2003), she saw it on-line in 2002.

She was awarded the OBE in 1993, received the University of Auckland’s Distinguished Alumni Award in 1997, and in 2009 the honour of Distinguished Companion of the New Zealand Order of Merit. A companion of the Royal Society of NZ, she was given the Pou Aranui award in 2018. In 2021 she was awarded the Prime Minister’s Award for Literary Excellence.

Copies of Claudia’s publication The Treaty of Waitangi/Te Tiriti o Waitangi: An illustrated history, will be available for purchase on the day at a Special Members’ Rate – $40 (RPP $49.99)