Science for Lunch: A Social History of the Fern 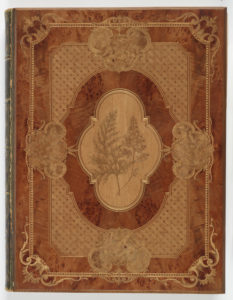 Part of our Science for Lunch series, Pat Brownsey will discuss the role of the fern in the social history of New Zealand, and outline some of the reasons it has achieved iconic status. Bring your lunch along and explore with our expert!

From his experience as both Curator of Botany and Curator of Stamps at Te Papa he will show how social fashions and frenzies influenced scientific understanding of New Zealand ferns, especially in the second half of the 19th century, but also led to the fern being widely used as a marketing and branding tool, and perhaps ultimately finding a place on our flag.  His talk will be illustrated with material held at Te Papa, and in his own personal collection of ephemera.

Pat Brownsey, Science Research Fellow of Botany, as well as Honorary Curator of Stamps, at Te Papa where he has worked since 1977. He has previously been Curator of Botany, and Senior Curator Natural Environment. He is an authority on the ferns of New Zealand, Australia and the Pacific, and is now working with Landcare Research to publish an online eFlora of New Zealand. He has co-authored New Zealand ferns and allied plants (David Bateman 1989, 2000), written contributions for the Flora of Australia and Flora of New Zealand, and published over 100 scientific papers in refereed journals.

Please meet under the large glass treaty on Level 4.