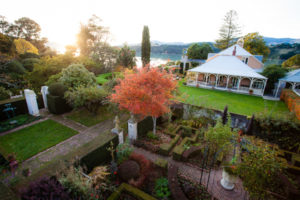 Interest in this tour has been exceptional and registrations of interest have now closed.

We now have the final programme in place. Highlights will include travel to the Malvern area of Canterbury including Hororata, to visit Terrace Station, the home of Sir John Hall, and to Governors Bay to view Ohinetahi, home and notable garden of Sir Miles Warren.  Art galleries and museums will be the focus of a day in Christchurch.

The tour commences on Thursday evening, 22 November.  After checking in to Rydges Hotel in Latimer Square, we will travel by coach to College House, at Ilam.  An independent hall of residence for the University of Canterbury, established in 1850, College House is noted for the architecture of the buildings constructed when it moved from Christchurch city to Ilam in the 1960s.  Warren and Mahoney’s ‘well-mannered modernism’ design for the College won the New Zealand Institute of Architects’ (NZIA) Gold Medal in 1969 and the NZIA Enduring Award in 1999.  You will enjoy special access to view their excellent art collection. 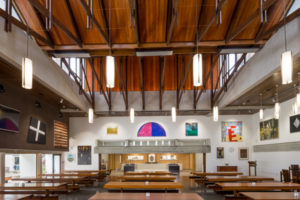 We will enjoy dinner in their restored dining hall and hear about the architecture from Alec Bruce.  Alec’s firm Wilkie + Bruce took over from Warren and Mahoney as College House architects 20 years ago.

On Friday morning, we travel west by coach from Christchurch with our first stop being the Steventon Homestead in the Malvern hills.  The home of Lady Barker from 1865 – 1868, and the inspiration for two of her best known books, Station Life and Station Life in New Zealand.  Tucked into the hills and surrounded by mature trees, this listed historic house has retained many of its original features and the grounds are an oasis of birdsong.

In the small village of Glentunnel we stop at the Glentunnel Museum which contains an extensive collection of items recording the history of the area which has seen much rural industrialism, particularly the pottery and brickworks.  The town was served by the Whitecliffs Branch, a branch railway, which operated from 1875 until 1962.  Industrial activity such as lignite coal mining and the manufacture of pottery and bricks used to take place around Glentunnel and was the main reason for the railway. 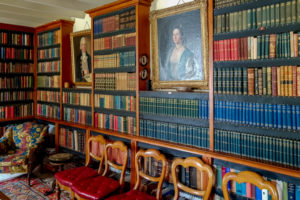 A corner of the library at Terrace Station

Terrace Station in Hororata is one of New Zealand’s most important heritage properties. Terrace Station was the home of Sir John Hall, runholder, politician and democratic reformer, and his wife Rose, Lady Hall.  Terrace Station homestead was one of the first pieces of domestic architecture in Canterbury to have a category 1 registration from the New Zealand Historic Places Trust (now Heritage New Zealand). It also has the increasingly rare distinction of continuous occupation by members of the same family since pioneering times. The homestead is primarily a family home which has been added to and altered to suit changing requirements. It is now owned by the Terrace Station Charitable Trust but lived in by descendants of John and Rose Hall.

Heading back we call at Cotons Cottage and Museum. Bentley and Sarah Jane Coton lived in the five-roomed cottage from 1864 to 1913. The first Church of England services were held in this cottage before a church was built in this area.  The cob cottage was rebuilt in 1977/78 by the Hororata Historical Society, under the guidance of the NZ Historic Places Trust, and has been further restored since the 2010-2011 earthquakes.

We will return to Christchurch for dinner at Francesca’s Italian Kitchen, a firm favourite with locals and visitors which serves rustic Italian dishes and uses local, seasonal produce to create their ever-changing, highly-tempting menu. Located next door to the Isaac Theatre Royal, it is a short walk back to the hotel after dinner. 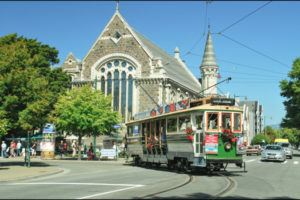 We’ll spend Saturday in the city, and start with a visit to the Christchurch Art Gallery and an early morning breakfast preview with curator and Friends of the Christchurch Art Gallery.  We’ll continue the theme of meeting up with local Friends organisations as we tour the Christchurch Arts Centre with Friends of the Arts Centre.  A hub for arts, crafts and entertainment, the Arts Centre is located in the neo-gothic former University of Canterbury buildings, the majority of which were designed by Benjamin Mountfort. The 23 heritage buildings are covered by three separate listings by Heritage New Zealand, two of which are Category I.  Following the 2011 Christchurch earthquake, the complex was closed for major repairs. Following a relaunch in 2016, the buildings have been progressively re-opening, with the entire west end scheduled to be open by the end of 2018.

The rest of the day, including lunch and dinner are your own arrangements, but we’ll provide you with a Christchurch Tram all day pass to help you continue looking around from the Arts Centre.

Sunday 25 November is our final day, and we travel by coach to Governors Bay for a tour of the historic house and garden at Ohinetahi, hosted by Sir Miles Warren, who restored the house and began the present garden in 1977.  The garden was established in 1865 by New Zealand’s first botanist T.H. Potts, who planted a great variety of exotic shrubs, many of which still stand at the perimeter of the existing garden.

Following refreshments, we head to the Governors Bay hotel for a late lunch.  One of the oldest, if not one of the most beautiful hotels in New Zealand, it has been in continuous operation since its establishment in 1870, and has been meticulously and fully restored to its former colonial glory since the earthquakes of September 2010 and again, February and June 2011.
Boasting fantastic views out to Quail Island and Lyttelton Harbour from the garden bar, it is an ideal place to spend a restful afternoon before returning to Rydges, Christchurch and on to the airport for those with late afternoon flights.

A summary of this itinerary, with details of what is included in the tour cost, plus the important Terms and Conditions & Cancellation Policy is available here.

In and around Canterbury, Christchurch and Governor’s Bay