This event is now fully booked. In response to demand a third tour has been scheduled for Thursday 13 February at 2pm. 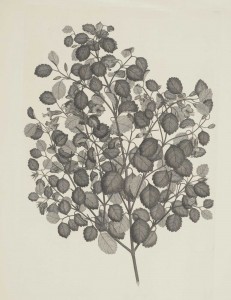 The Botany Collection comprises some 280,000 dried plant specimens, with about 2,000 added annually. It includes specimens of some of New Zealand’s rarest species, specimens associated with the second Māori king, Tāwhiao, and specimens collected by Banks and Daniel Solander during Cook’s first Pacific expedition.

On this back-of-house tour, Leon introduces you to the collection, and discusses some of the Botany Team’s current research.

Feature Image:  Detail from Rhabdothamnus solandri. Close-up of an engraving prepared from a drawing made by Sydney Parkinson during Captain Cook’s first voyage to the Pacific. Purchased 1895. Te Papa